The so-called City at the Center of the Universe is every bit as wondrous, diverse, and (quite literally) magical as they say. Some go so far as to claim it is the only real city in the cosmos—that all other cities, all other worlds, all other peoples, are mere shadows cast by this City and its inhabitants.

And that brings us to you: the people who know better. The ones who will make this City better, or find someplace else better, or build something better. The City props up the powerful at the expense of everyone else, and the magi who run it claim this is the natural order. But you know that there’s an entire universe of worlds beyond the Soft Horizon, and you’ve got a few tricks of your own.

This is an excerpt  from a work-in-progress (WIP), featuring tables to help inspire a bizarre, magical city. The full version—currently on my back burner as I focus on completing other projects nearer to the finish line—is inspired by the Soft Horizon SRD by VSCA Publishing, and both homage to and critique of Monte Cook Games's Invisible Sun and Roger Zelazny's Amber Chronicles. The design direction (as of September 2022) is based on d10 dice or tarot cards to resolve actions and generate scenarios.

I think invisibility can happen in all sorts of places. Insider/Outsider, Powerful/Less Powerful, and so forth. And it can work both ways. Outsiders often choose to disempower Insiders within their circles.

As you say though, Amber and Invisible Sun really express some uncomfortable perspectives.

I am interested to see how Illusorati works to explore the theme.

Looks cool! In what way is it a critique of Invisible Sun?

In Invisible Sun (and Amber), you’re told that yours is the real world, and anything resembling our own world is just an illusory “shadow,” or reflection, of that true reality. So, you know, screw those worlds’ people. Use them as servants or soldiers or whatever. Not like they’re real people, those works say.

I have enjoyed reading Invisible Sun and Amber, but their authors don’t seem to realize that this sounds creepily like how slavery and oppression have been justified in real-world history. Illusorati sets up the same dynamic— a city of powerful magicians and world-walkers who think they’re at the center of the universe — but says it’s been over 100 years since it was legal to enslave people from other worlds. That doesn’t mean that inequality and oppression against those people just disappeared, though. The game is more overtly political in its aims and its characters’ pursuits. 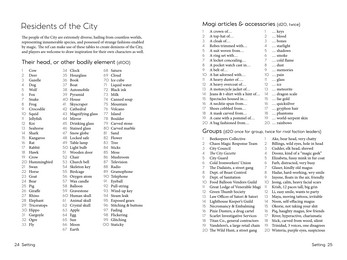 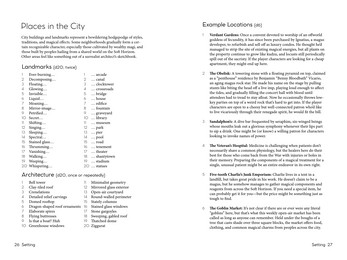