Grave is a soulslike RPG built on the rules for Knave, built to be compatible with a range of old-school fantasy adventure games . Adaptations to Knave include ready-made "backgrounds" with starting stat arrays and gear packages, stamina rules for more involved stunts and more frequent spell use, rules for routine death and resurrection, 60 spells, and 50 magic items, among other adjustments. Like Knave, it is available as both a PDF and as a Microsoft Word document with free fonts, making it easier to hack for your own purposes.

Great game Mr. Tocci, thank you so much for making it available to all of us, sir. Grave will be incredibly robust if combined with Knave.

Mr. Tocci, i have a question. When a PC gain a level, how many bonus do a PC get to their Ability Bonus and Defence through Ability Increase?

Is it +1 for each of the 3 different abilities?

Thank you so much! And yes, as you say, when you gain a level you can pick three abilities, and add +1 to each.

Thank you so much, Mr. Tocci. I understand.

Best of luck on all your future projects, Mr. Tocci. Best regards.

Thanks! My own project list is kind of long right now, but if you end up tweaking for that, I’d love to hear how it goes!

So I've gotten to test this twice in two short sessions mainly to see if it could run souls Like beyond Dark Souls. Happy to report that as long as you're good at improv absolutely no rules need to change. Simply changing the names of items and classes allowed me to change the setting in any way while maintaining the soulslike feel. 10/10 this is great!

This is great. The stamina system, spellcasting and spirit form add that wonderful little bit extra to knit things into the setting. I tend to add a dice role houserule to the check for soul death, since I don't want players thinking they have X lives left, and don't want death to be predictable.

Thanks! And that sounds like a good house rule to keep death scary. I had an earlier version where each death had something like a soul-death save too, but took it out … and fittingly enough … I can't remember why.

I can't find the level of each spell, it's an errata? Or the numbers of the list are the levels so Wizardry Warding Spell is a 20 level spell? I don't think so but..

I look at the Knave spells but there are no levels for the spells. They are level-less.

I thought about writing it as "+ S" for clarity, but I wanted it to match Knave's notation in case you ditch the rest of the game and just use the spell list for some other OSR game. That might've been misguided!

Read through this last night and now I'm working on adding it to a rotating one-shot night. Seriously good stuff in here, I love the character creation system. Solid work on items and spells as well, there's enough in here that I could run a whole campaign if I wanted.

Thanks so much! If you haven't seen Ben Milton's Knave yet (the game this is based on), I recommend it. It has a bunch more mundane items and a list of 200 spells!

Yep, I'm a big fan of Knave! This is a fantastic adaptation of those rules to a soulslike setting. Gonna round up some players and give this a shot very soon.

One of the best Knave hacks/breakers out there. Evocative stuff right down in the mechanics!

Itch.io gives me options to delete, report, and ban this comment, but not to give it a million little heart icons, which is what I would prefer to do. Thank you.

This is the first time I've seen item sizes described using the capacity of a mouth.

Then feast your eyes on where I stole it from: The GLOG! 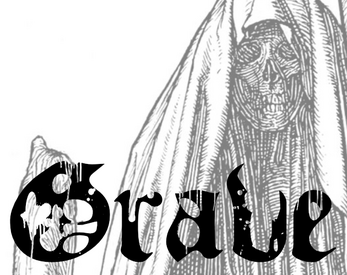